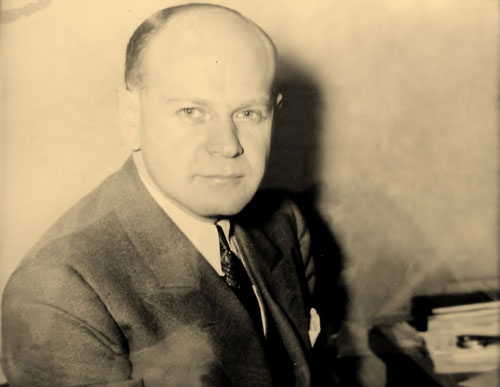 Henry Wilson opened his first store in 1918 on South Warren Street in downtown Syracuse. The philosophy then, as now, was to sell fine diamonds and jewelry at exceptional value. Henry’s became a landmark in the center of downtown. His sons, Alan and Richard, joined the company after World War II and guided the growth. Today, third generation Robert Wilson, continues the family tradition. Our mission is to grow our reputation of integrity and service.

As Central New York's most professional jewelers, we are proud of our passion for exquisite jewelry and watches and our customers who wear them.

We are a third generation jewelry store proud to be part of the Central New York community. That’s why we support many local organizations throughout the year. We live here, work here, and will always be here when you need us.

Our associates are jewelry and watch professionals. They are continually growing their expertise with our brands including Simon G, and GIA. Our in-house goldsmith is able to repair and restore your treasured jewelry with the care and attention to detail you deserve.

We know purchasing jewelry or a timepiece is important. That's why your satisfaction is always guaranteed. So you can worry less and enjoy more.